Another fire in Delhi? Another Uphaar? Another Kamala Mills?

Here’a blog I wrote some months ago on Mandi Dabwali.

Every time I read or hear about a deathly man-made, man-aggravated disaster in India, two words come to mind: Mandi Dabwali. Doesn’t ring a bell, does it? Why should it? It was nearly 22 years ago, and nearly half of India’s current population was not born. It was another blip in the long and painful chronicle of India’s human-occasioned disasters. 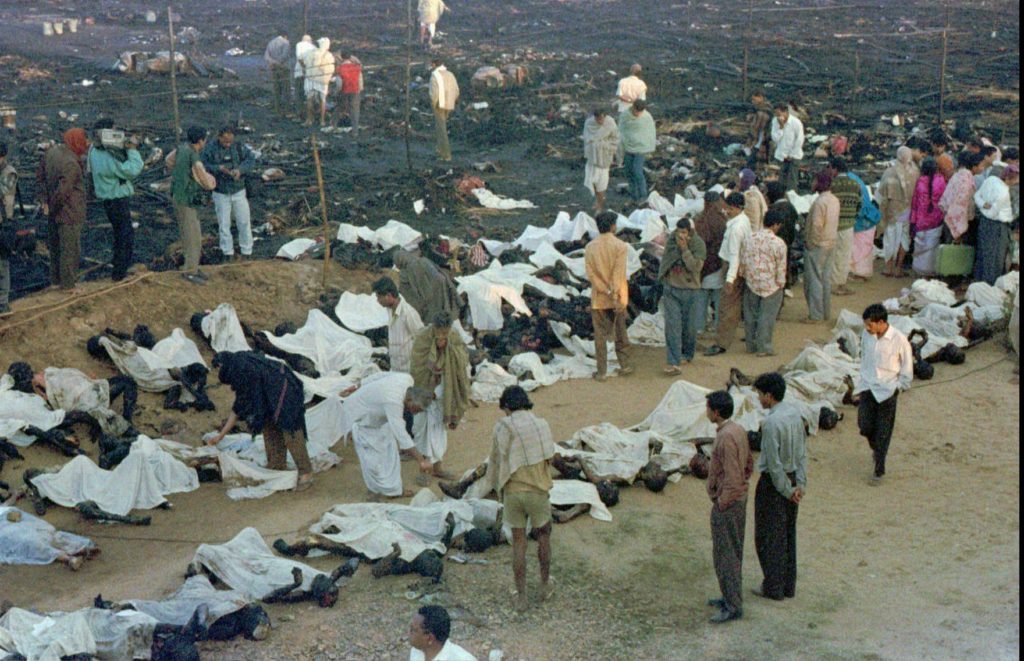 Like every other disaster, it eventually healed and faded, leaving only a small scar tissue on the nation. Except in the hearts of the parents who lost their children, where there will always be an aching emptiness, a big hole. On December 23 every year, in the emptiness of their heart, they will think of a simple number: If our son/daughter we alive today, he/she would be 25-26-27.

Meanwhile, the nation purportedly marches towards greatness trampling on the thousands who die every day from the monumental torpor and criminal negligence of the government, and of the people, because what is a government after all but of the people before being for the people?

For those who are still wondering what is Mandi Dabwali, here’s a brief reminder of the 1995 incident: The local DAV Public School in the town of Mandi Dabwali in Sirsa district of Haryana was celebrating its annual day function at the Rajiv Marriage Palace in a typically Indian manner. Little policing, no precautions, no fire codes… just a random crush of people gathered under an inflammable tent. It caught fire. Some 1500 people tried to escape through the single exit door. More than 400, nearly half of them children, died. Process that again…four…hundred…people.

A court of inquiry was ordered. It took nearly five years for the one-man commission to be instituted, another five for it to submit an interim report, and five more years to give compensation to the victims’ families. The agony dragged on not for months but YEARS. More than a DECADE. No one knows if there were recommendations regarding school gatherings or safety codes or fire drills. What we know is that some six years after Mandi Dabwali, the thatched roof of the Krishna English Medium School in Kumbakonam, Tamil Nadu, caught fire. Nearly 100 children were killed. 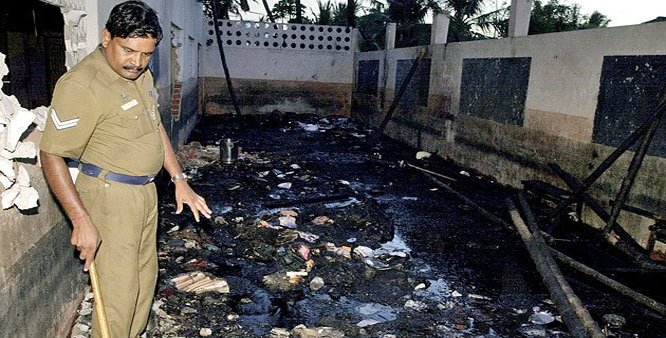 They were not the first incidents and they will not be the last. In fact, as far back as 1980, my career in journalism began while still in J-school covering what came to be known as the Venus Circus Tragedy. Same story. Kids under an inflammable circus tent; no fire code or enforcement; panic and stampede; nearly 100, mostly children, dead. Followed by the same circus: tortured court of inquiry and little follow up action.

We are a nation of human-occasioned disasters. From school fires to stampedes to hospital deaths to bus accidents to building collapses, ours is an unending litany of tragedies that claim the lives of thousands of people every year. Our people are cannon fodder. Nothing changes. There are the usual expressions of sympathy and commiseration, compensations and a court of inquiry announced, headlines that quickly recede, and its back to “normal” till the next disaster. You can bet your bottom rupee there will be another stampede within the year of the kind that took place in Mumbai this week.

It is not that school fires and stampedes and train accidents don’t occur in other countries. From the St Johns School fire in Peabody in Massachusetts in 1915 (21 girls died) to the 1954 Cleveland Hill school fire in New York (20 dead), America has seen its share of school tragedies, including mass shootings. It also learns from the incidents and institutes codes and processes that are strictly enforced. The Peabody disaster nearly a century ago led to a simple, nationwide law – all doors in public buildings and schools must push outwards.

We never learn, and when we do, we don’t enforce. The disasters keep repeating. In fact, we don’t even acknowledge the pain. A few weeks, a few months later, it’s almost the incident did not occur. Or maybe there have been so many that we can’t remember.

Not even in the school where it occurred. Check out the website of Mandi Dabwali’s DAV school. Nary a mention of the fire that killed 400. You start to wonder if it happened at all.