The Team Beyond Carlton - after Carlton towers tragedy

After the “avoidable” Carlton Towers fire tragedy that took place in Bangalore city on the 23rd of February 2010, grieving relatives and survivors of this horrible tragedy came together to form a movement, one which would initiate awareness, spread a message across the country and ensure that one would never have to see a day such as this again.

From only survivors and people who had lost their loved ones, Beyond Carlton has now grown to become a movement of fire safety concerned citizens who are aiming to change the way India looks at fire safety and enables her citizens with fire-safety awareness. As responsible citizens, it is our duty to take it upon ourselves to do our bit and avoid a fire damage and death due to ignorance.

Beyond Carlton is today a registered charitable trust that has 5 trustees who are family members of those who lost their lives in the Carlton Towers tragedy or were injured on 23rd Feb 2010.

The Executive Council consists of citizen members who take an active part in driving the Beyond Carlton Mission and implementing its programs.

Uday Vijayan is the Managing Trustee and President of ‘Beyond Carlton’. After the loss of his young son in the Carlton Towers fire tragedy on 23 Feb 2010, Uday felt the need to reach out to other families who had similarly lost a loved one in the fire. The idea for doing so was to not just share their grief but also work on getting accountability for the accident. In addition, Uday along with the others wanted to spread awareness towards fire safety. Uday is a senior marketing and brand development professional providing advisory support from large to start-up companies. He has, over his career spanning 30 years, worked with large global advertising and communication agencies and also headed the marketing function of large organisations. He has helped provide direction for global communication agencies to enter the Indian market. Uday did his education from Hyderabad Public School and his graduation from Delhi University. He also has a PGDM in Marketing. In recognition of his work at Beyond Carlton, Uday was awarded the “Namma Bengaluru Award for citizen of the year" in 2011. In addition, Underwriters Labs (UL) has recognized his effort at Beyond Carlton, and designated him as “Safety Ambassador”. Uday has since also been on the jury of the Namma Bengaluru Awards Committee to select outstanding individuals and entities in Bangalore. Uday frequently speaks on issues to do with fire safety at various forums. 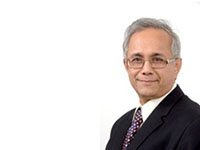 R.A.Venkitachalam (Venki) is currently the Vice President - Public Safety Mission at Underwriters Laboratories Inc. (UL), Venki is responsible for advancing the cause of Public Safety, and UL's mission across the developing world. The establishment of Safety Councils in India as a platform, the first one for UL outside of North America, was spearheaded by Venki with the intention of facilitating constructive dialogues between multiple stake holders involved in tackling Public Safety challenges. In his earlier role as the Managing Director for UL's Emerging Markets, and for a period of over 10 years, Venki led the growth of UL in South East Asia, India, Middle East and Africa. During this period, the development of the ‘In India For India Strategy’, leveraging the ‘Public Safety Mission’ to build local relevance, has been one of his many contributions. He also led UL in making significant investments in the region, expanding UL’s geographic footprint as well as its technical, laboratory, and service range and capabilities. Prior to working with UL, Venki held various senior positions (including at the CEO level) with leading MNC / Indian companies covering Consumer, Capital Goods, and Telecom sectors. Venki has a Bachelor of Technology degree in Chemical Engineering, and a Masters in Industrial Management from IIT Chennai. He has, in addition, been part of the Executive Leadership program of School of Management, Yale University. Venki has been a speaker at several forums in India and overseas on issues pertaining to Public Safety, and General Management. 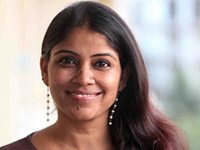 Vasanthi is a communications coach, media strategist and an independent anchor. She is also the founder of Pickle Jar, a community platform that aspires to curate programs of social relevance. In the past decade, Vasanthi has reported news as a special correspondent for NDTV 24x7; anchored documentaries for BBC World News from Nepal & Vietnam and has been the award-winning show host of a high-energy primetime breakfast show titled Good Morning Bangalore on Radio City 91.1 FM.  Vasanthi was also involved in a US Consulate program to mentor adolescents to realise their dreams. Presently, she lends her strength and support to Gaon Connection, India’s biggest independent rural newspaper and is among the advisors to Bultu Radio in Chhattisgarh, that aims to link unconnected parts of tribal India. She has coached many corporates and other organisations and their heads on media management and PR skills. To name a few -- TVS, Philips India and Indian Oil Tanking, besides holding media sessions at the Indian Air Force base at Begumpet and Yelahanka, Bangalore. Among the awards won is the India Radio Excellence Award in 2007 for ‘Best English RJ of the Year’ following which Vasanthi was sent to London by her radio station to study the best practices of UK’s radio space. The same year, she was nominated by India’s noted technocrat Mr Narayana Murthy of Infosys to represent India as Global Young Leader at Salzburg, Austria. She has also won the Rotary Bangalore Award for being ‘Change Agent Par Excellence’ and the Dazzling Daughter Award from the Public Relations Council of India. She also has been on the jury of the Namma Bengaluru Awards, one of Bengaluru’s foremost and respected awards that identifies unknown citizens who are quietly making a change to the city and its problems. 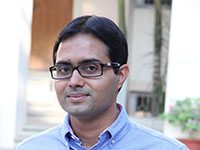 Sumit works with FM Global’s India office where he is responsible for overseeing the company’s efforts to support building code, standards writing, and supporting clients in loss prevention at their facilities. Sumit has over 12 years of experience in the fire protection industry. Prior to joining FM Global, he was associated with Bharat Aluminium Company (BALCO), as Head of Fire Service, and Underwriters Laboratories (UL India Pvt Ltd) as Conformity Assessment Engineer & Reviewer. Sumit is a fire protection engineer from the National Fire Service College, Nagpur. Some of the work done by him includes his contributions in National Building Code, part 4 (fire & life safety) committee work; National level fire protection standards committee work; National codes of practice for fire safety in various occupancies, nationalising the Fire Incident database in India. Sumit is a firm believer in the need for Fire Safety. He devotes a fair amount of his time to Beyond Carlton in this regard. In fact, he was one of the people who inspected the Carlton Tower along with fire department of Karnataka after the Carlton fire. He was also involved in preparation of the report meant to escalate the issues of poor maintenance of fire safety systems in buildings. In fact, fire laws were amended in Karnataka based on inputs from this report among others. Sumit has made presentations on Fire Safety at various national and international seminars and conferences across India, and in Singapore, Saudi Arabia, UAE and Malaysia. 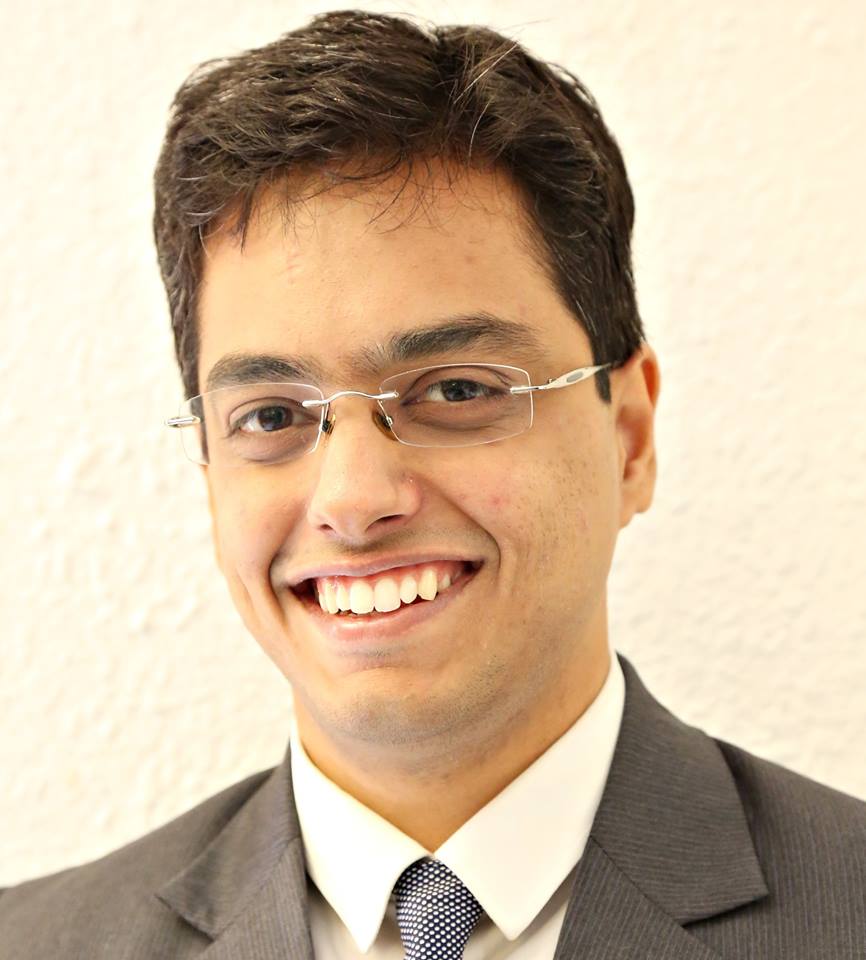 As a dispute resolution counsel, Ashok has represented clients in the Food and Beverages, Health and Pharmaceuticals, Technology, Banking and Finance, Real Estate and Construction, eCommerce and Hospitality sectors in a variety of disputes - contract violations, company law proceedings, and prosecution under India's Food Standards and Safety Act (2006), Prevention of Food Adulteration Act and Intellectual Property Right Enforcement action. He also advises clients on compliance, licensing, Space law, taxation, gender sensitivity and data privacy. Ashok's Space policy paper has been published in the international Space policy journal, Astropolitic. He is an invited speaker at the reputed New Delhi-based independent think tank, the Observer Research Foundation, and the National Law School of India University, Bengaluru, a premier Indian law school, at both of which he has also published his papers on Space policy for commercial organisations. Ashok regularly addresses the police and the judiciary on witness protection and effective investigation and prosecution of cases involving sexual violence. He advises businesses on formulating gender-inclusive policies at the workplace and conducts capacity-building programmes for organisations' internal complaints committees to adjudicate cases involving gender discrimination. 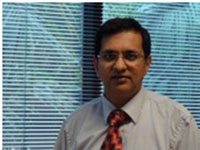 Gopal Devanahalli is currently the Chief Operating Officer of Manipal Health Enterprises (Manipal), Gopal’s responsibilities include operating the various hospital units while also incubating new growth engines which include Technology based Healthcare Delivery, Home Care, and Public-Private Partnership based businesses. Gopal has over 22 years of professional services experience, and has been with Manipal for over 18 months now. Prior to that, he was associated with companies like Infosys and Kotak. During his 15+ years at Infosys, Gopal's responsibilities included managing a business, developing corporate strategy, and business development. His designation at the time of separation was Vice President, Products & Platforms. Gopal has an Engineering Degree in Computer Science, from BITS, Pilani, and a PGDM from IIM, Calcutta. In addition, he has done a Public Policy Course at The Takshashila Institution.


Are you passionate about fire safety? Do you want to run a fire safety campaign in your school, college, campus, office or community? Want to share legal information, spread the word, or create greater fire safety awareness?

Volunteer or intern with us!

Fill in the contact form and someone from our team will get back to you.

Listen to Our Song