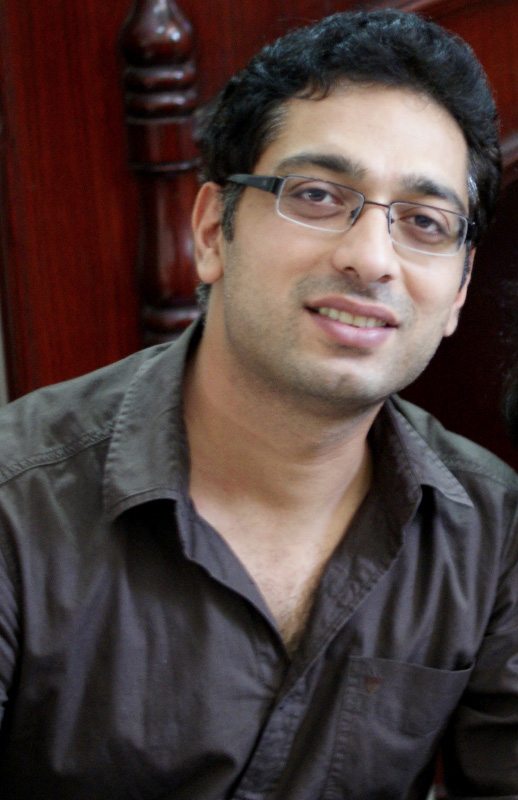 It is often said that at the moment of near-imminent death, key moments from one’s whole life flash by. When I was standing at the 7th floor window of my smoke-engulfed office in Carlton Towers on February 23, 2010, nothing of the sort happened.
In the hours leading up to the fire, it was a day like any other. Benzie, our receptionist, had handed me my credit card bill that I used to get delivered to my office address. I joked with her about how she never gave me a cheque, only bills. She responded with her usual, hearty laugh. I gave her an official courier to send out. It was life as I’d known during my 3 years in that office.
Then, around late afternoon, all hell broke lose. Thick, acrid black smoke started filling up the office through the vents of the centralized air conditioning system. Before we could react, it was already too late to exit the office and take the fire escape staircase that was right outside our office door. Breathing indoors was impossible, and we took positions at the few windows available that, fortunately, were openable.
If my choice of words gives the impression of a calm, orderly reaction to the smoke, well, that wasn’t the case. There was a sense of sheer panic that ran through all of us. We knew that there was no way of escape – we were on the topmost floor of Carlton Towers. Luckily, there weren’t too many people in the office at that time and the number of windows almost sufficed for the number of people trapped.
We tried to break open some glass panes by throwing furniture at them, but that didn’t work.
Benzie was an asthmatic, and in the first few minutes of being at the windows, she was already finding it difficult to hold on. She took a long piece of cloth from the housekeeping lady and tied it to the window frame. I was on the phone with my wife when I saw what Benzie was doing. She wanted to slide down to the lower floor using the cloth and stand on the ledge on the outer wall of the building. I screamed out to her to not try that – a difficult task even for the fittest and strongest. But I think she was suffering too much to care. By the time I kept the phone aside and tried to physically stop her, she was already over to the other side, hanging by the cloth rope and trying to slide down. As I looked down at her, her grip faltered and she fell straight down to the driveway seven floors below with a sickening thud.

People have asked me later if that moment has left a permanent scar on me. The honest answer is – at that moment it didn’t even register that Benzie was dead, although I saw people pulling her lifeless body away. The first time I wept for Benzie was a month later at the memorial service.Survival instinct gives you razor sharp focus.
Back in the smoke-filled office, I was coughing up blood after repeatedly breathing in toxic fumes. The one thing that kept me alive was the fact that I had access to an open window. Having said that, the smoke had very few available exits. It was heavily pressurized because of that and hit us with tremendous force, leaving us no option but to breathe it in. In my effort to break a window pane with my bare hands, I slit open my wrist and the stream of blood gushing out suddenly became a more pressing concern than the fire itself. I tightly wrapped my handkerchief around my wrist and turned my attention back to the unfolding drama.
There came a point when I felt dizzy and unable to hold on any longer, but I also sensed that the smoke had lessened. Shortly afterwards, the brave folks from the fire department rushed in and took me and my colleagues out of the building. After inhaling so much of the black smoke, we could barely understand what was happening, but we knew we had made it out alive.
Soon after I recovered, Uday Vijayan, who lost his 22-year old son Akhil Uday in the fire, called me up and put forward the idea of forming a group to champion the cause of fire safety in the city. It was a very brave, selfless and admirable reaction from someone who’d lost his only son a couple of weeks back. We met, and along with the family member of the deceased, formed ‘Beyond Carlton’.
As Beyond Carlton started to organize fire safety demonstrations and talks across Bangalore, I realized the general public apathy towards the issue of fire safety. And it was no different to the apathy I myself had towards the issue until I was caught in a fire accident.
I now realize it is largely a matter of perception. Consider this: every year around 24,000 people die in a fire accident in India alone (source: www.ncrb.nic.in). Compare that to the fact that a few hundred people die every year in air crashes around the world. Yet, we feel a little nervous every time we fly but not half as nervous when we enter a building where the fire safety preparedness might be inadequate, or worse, non existent.
If the media were to start reporting every fire-related death the way it does every fatal air crash, we would look at fire safety very differently.
24,000 people dying every year translates to a fire-related death every 20 minutes somewhere in the country. This figure is almost equal to the number of reported rapes in the country. While I strongly condemn rapes and I’m all for the strongest of punishment to the perpetrators, the point I’m making is that there is a lot of press that rape-related legislation gets and hardly nothing that fire safety gets. Except when there is a major fire that captures national headlines.
I was myself guilty of not considering fire accidents as a major threat earlier. I used to look at the fire escape staircase, fire extinguishers, fire alarms and sprinklers and feel a false sense of safety. It was because the fire alarms didn’t go off at Carlton Towers that we didn’t come to know of the fire until it was too late. We had fire extinguishers in our office but we didn’t know how to use them, and even if we did they were of no use against an out of control fire. They are useful only if the source of fire is close by, one spots it early and knows how to operate a fire extinguisher. Otherwise, they are nothing more than colorful artifacts adorning the walls.
We would never purchase a new property that has structural defects. Yet, all of us know that day in and day out, people are buying properties across the country without looking into the fire safety preparedness of the building. The assumption is that if the building has an Occupation Certificate, all is well. But all is not always well just because there is a certificate, as we all know. A bigger issue is the ongoing maintenance of the fire safety equipment. And this is where our own initiative and pro-activeness to safeguard our and our families’ lives comes into play.
Beyond Carlton has been a key participant and driver in the launch of a new fire safety app called Fire Champ. It’s a free app available on Google Play as well as Apple Store. Once downloaded, I can input information about fire safety violations that I come across in my building or the buildings I visit. This data is received by the authorities, who are then in a position to act against the offenders and get the violations rectified. I have long been frustrated by the blatant scale of fire safety violations in our country, and I can’t think of an easier way than this app to be a participant and enabler of positive change. Currently available only in Bangalore, Beyond Carlton is working towards taking this app to other cities in the country.
Stay safe.
If you are a  survivor, write in!
About the Author
Nitin Dubey, an ambitious, dedicated working professional who got caught in the Carlton Towers fire in Bangalore on 23rd Feb.2010. Nitin, was one of the many injured and was  in the ICU for a long time.
He then joined hands with Beyond Carlton to try and make fire safety an important issue.
Share: