To boost the city’s fire safety standards through an actionable roadmap, Beyond Carlton has now launched a five-year Blueprint, the first of its kind city-specific blueprint in the country. Focused on efficient execution of the known solutions, the Blueprint takes a four-pronged strategy: Quantified five-year goals that are practical and achievable; an actionable roadmap with quarterly milestones, a single owner responsible for execution; and transparent, quarterly performance data against milestones.

The plan takes a collaborative approach between the government and the key stakeholders including building owners/occupiers, the Fire Brigade, city administration, the industry and civic organizations.

Speaking about the need for a city-specific fire safety Blueprint, Mr. Uday Vijayan, Managing Trustee and President, Beyond Carlton shared, “With over 17500 people dying every year due to fires in India, we believe fire safety is a burning issue. Even though solutions to fire safety are well known and available, there was a need for a pathway to implementing the solutions that need to be charted.  That pathway is a City specific  Fire Safety Blueprint which is being launched today.” 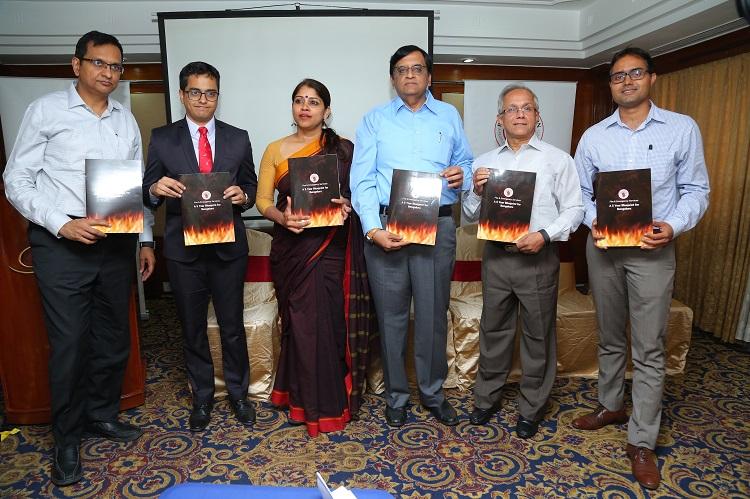 Key milestones and goalposts clearly in focus, the Blueprint emphasizes adoption of technology as a key enabler to be a force multiplier. It recommends a public-private partnership model while stressing on updating codes and standards. All through, the thrust clearly is on rigorous implementation to ensure success.

Beyond Carlton had taken up the task of developing the Blueprint in consultation with the Karnataka State Fire & Emergency Services and Janaagraha. The process was supported by Bain Consulting. For Beyond Carlton, a citizen’s movement formed by Uday Vijayan after the February 2010 fire accident that killed nine and injured over 60, the ultimate goal was this: To ensure ‘Zero Deaths’ due to fire accidents by the year 2023.

Total prevention of fire accidents could take quite a while. So, the Blueprint’s goal is also to reduce fire incidents to 50% of the number in 2017 over the next five years. The entire plan has been divided into two phases. Phase 1 will run from 2018 to 2020, and Phase 2 from 2021 to 2023.

Over 17500 people are killed in fire accidents every year in India. In 2015 alone, 1,244 people died in fire incidents in Karnataka, according to NCRB data. Between 2011 and 2016, Bengaluru has seen 29 fire accident deaths and property worth Rs 269 crore lost in the blaze.

To stem the rising toll, Beyond Carlton is now working on expanding its initiative to other Indian cities as the issues are identical