A few days ago, there was a massive fire at AIIMS Delhi. Delhi is yet another tinderbox of India following Mumbai. We have been reading a lot about the poor state of fire safety in our country, especially in Delhi. In the recent past, there is an increase in the number of fire accidents in the capital city, which made us look back at the incidents. Here are some of them: 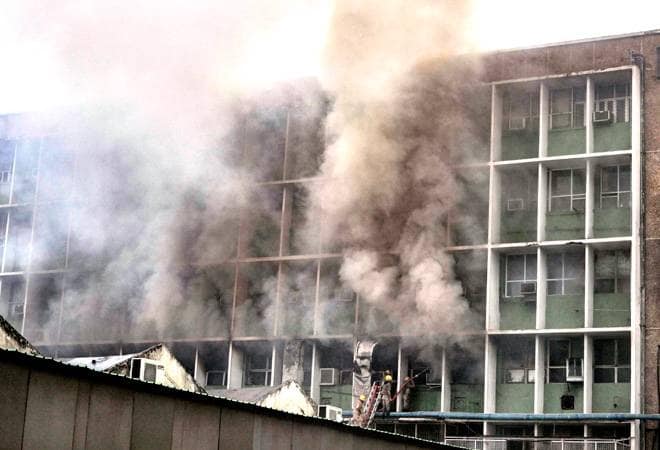 The fire was due to a short-circuit. Luckily there was no causality. But it was alleged that many buildings in the premise do not have fire department’s NOC. Also, there were many encroachments which were hindering the firefighting. (Source)

A major fire in Asia’s largest cloth market in Gandhi Nagar gutted 6 shops. The fire department could not reach the spot as the roads were too narrow due to encroachments. The fire started in a godown, and the shop owners took no fire safety measures. (Source)

A fire in an apartment in Zakir Nagar claimed 6 lives and left nearly 20 injured. The fire was due to an electrical short-circuit in the meter board. (Source)

3 killed in a gruesome fire in a factory in Jhilmil Industrial Area. According to the officials, the factory did not have the fire department’s NOC.

On July 5, 2019, there was a major fire in a building where we have the Directorate General of Health Services’ (DGHS) office, Karkardooma area of Delhi. The fire started on the 6th floor of the building, the cause of the fire is yet to be ascertained. Allegedly, the building did not possess the fire department’s NOC and the firefighting equipment were not working at the time of this incident.

Last month there was an article in India Today,  many government buildings in Delhi have shown very little or no regard to fire safety measures.

Later, in the wake of this accident, it was found that not only the DGHS office but there are also many such buildings in Delhi without the fire department’s NOC. The buildings like, Shastri Bhawan, Jawaharlal Nehru Stadium, Indraprastha Bhawan, CGO complex are to name a few. There was a minor fire in Shastri Bhawan Building on 9 June 2019. There was another fire in Connaught place building on June 8th, where nearly 100 people were rescued.

These accidents took place very recently, shows us the glaring violations in adhering to the fire safety laws.

Fire safety in Delhi falls in a vicious circle. Only a massive fire safety drive can save this fire capital of India. #FirekillsPreventit