Who killed Kamala? - A fictional story bemoaning the lack of fire safety awareness in India -

It was neither a bullet nor a car.

It was not a road-slide or an earthquake.

It was neither due to a flowing river or as a result of falling off a plane.

All that the reports said the following day was that the cause of death was fire.

Water could not be used to douse the fire since it was believed that an electrical short circuit had started it – in a crowded dim-lit eating joint that served liquor and was therefore not supposed to officially have more than one entry/exit point. Or, that is what the people working there said.

Now, why had the short circuit occurred? No one had an answer – faulty wiring? A probable case of illegal tapping into a power line? Who knew?

Was it the fact that Kamala and her friends were on the 7th floor in that building which also housed many offices in addition to food and liquor joints? And that the fire had started at one of the floors below with the smoke spreading up through the A/C ducts and lift shafts?

Was it because the staircases were being used as storage areas by the residents of each floor thus preventing many from even know about their existence? And that there were enough paper and cardboard for the growing fire to feed on?
Was it the lack of knowledge on the part of Kamala and her friends about what to do in case of a fire? Did they not know that a bathroom was not a place to hide in, or that a lift was not to be used when the building was on fire? Or that 101 was to be called when the fire was first observed?
Was it because some palms, at various levels and from different bodies, had been greased by some establishments to get NOCs which enabled them to continue operating from the premises despite non-compliance of certain laws or requirements probably resulting in the fire? 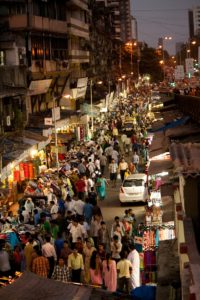 The roads were narrow AND had vehicles parked on both sides – after all, people had to park their vehicles somewhere, right? Even if the boards said ‘No Parking’. It surely was not their fault that the house/office they had built or rented did not come with sufficient attached parking lots. Why had the city corporation not considered this while giving permission for construction of these houses and building anyway? They were to be blamed.


It was not their fault that the fire brigade did not reach on time.
In a city having over 1 crore inhabitants, it was the state government’s fault that there were not even 20 – 30 fire stations across the city. The government just did not care. As also the water supply department people who did not supply sufficient water to the firefighting hoses in the building. Or to the building, period. It did not matter that the water lines were tapped into many times or broken due to constant digging by various departments and agencies.
The city corporation could not keep an eye on all the roads and all the digging that went on all the time, could they? Roads had to be dug up for Metro construction and other works. Potholes were bound to occur when there were frequent rains and at least 70 lakh vehicles or more on the road every day.

Traffic jams were but a part of city life, were they not? The fire brigade still had to find a way to reach the burning building on time.

Oh, wait. Kamala‘s family has had a history of deaths by fire. A cousin in the DAV school fire, an aunt at the Srirangam wedding fire, an uncle at a cinema hall… Yes. Her fate was to blame. Someone had definitely cursed her family.
And no, don’t ask about the others who died with Kamala. Fate is the killer for one has to die one day, right? Either through old age or some other means? Maybe fire…
Yes. It was a fire that killed Kamala. And no one else, no other body is responsible for her death.
———————————————————-
Author: Deepa Vaishnavi – a citizen journalist who believes prevention is better than cure. Deepa volunteers with Beyond Carlton in her spare time.
Share: